Small but Powerful: A Tiny Molecule with Massive Anti-Cancer Potential

Tokyo, Japan – Cancer cells contain highly volatile genomes with frequent mutations. Sometimes, a mutation can give a cancer cell an advantage that allows it to keep multiplying out of control. In certain cases, a patient may initially respond well to a treatment method, but the tumor later becomes less sensitive to it. This is known as acquired resistance. In a new article published in Molecular Therapy: Nucleic Acids, a research group from Tokyo Medical and Dental University (TMDU) identified a microRNA molecule (miRNA) that can help overcome resistance in neuroblastoma cells. This miRNA, miR-3140-3p, can target and silence specific cancer-promoting genes that help fuel the tumor.

MiRNAs were given their name for their small size, but they can have extremely powerful effects on gene expression within the cell. These molecules serve as a molecular braking system by blocking certain gene messages from being translated into proteins. Recently, the prospect of using miRNAs as novel anti-cancer therapeutics has gained interest. Unlike many drugs, miRNAs can target multiple genes and pathways simultaneously, making their impact very potent. Previously published work from this TMDU group and other researchers suggested that miR-3140-3p may be a strong candidate for a therapeutic role.

“Clinical trial results have indicated that many solid tumors acquire resistance to drugs known as BET inhibitors, which block a gene called BRD4,” says lead author of the study Chang Liu. “Because we have shown that BRD4 is a target of miR-3140-3p, we hypothesized that this miRNA could help overcome the resistance.”

BRD4 protein helps activate expression of another gene, MYCN, which is often present in high amounts in neuroblastoma. Here, the researchers used molecular experiments to show that a protein known as  MAP3K3 can stabilize MYCN protein by preventing its degradation.

“This finding was crucial because it identified the mechanism behind why MYCN levels were still high in the resistant cells despite being treated with the BET inhibitors,” states Johji Inazawa, senior author.

“We found that miR-3140-3p could directly target both BRD4 and MAP3K3,” explains Liu. “This caused MYCN levels to go down in these cells even though they were resistant to BET inhibitors.”

Overall, this study provides exciting evidence for the use of specific miRNAs to treat cancer. Because miR-3140-3p could target several pathways simultaneously, it was able to overcome the obstacles associated with drug resistance. These findings highlight the potential of miR-3140-3p in the treatment of BET-inhibitor resistant neuroblastoma. 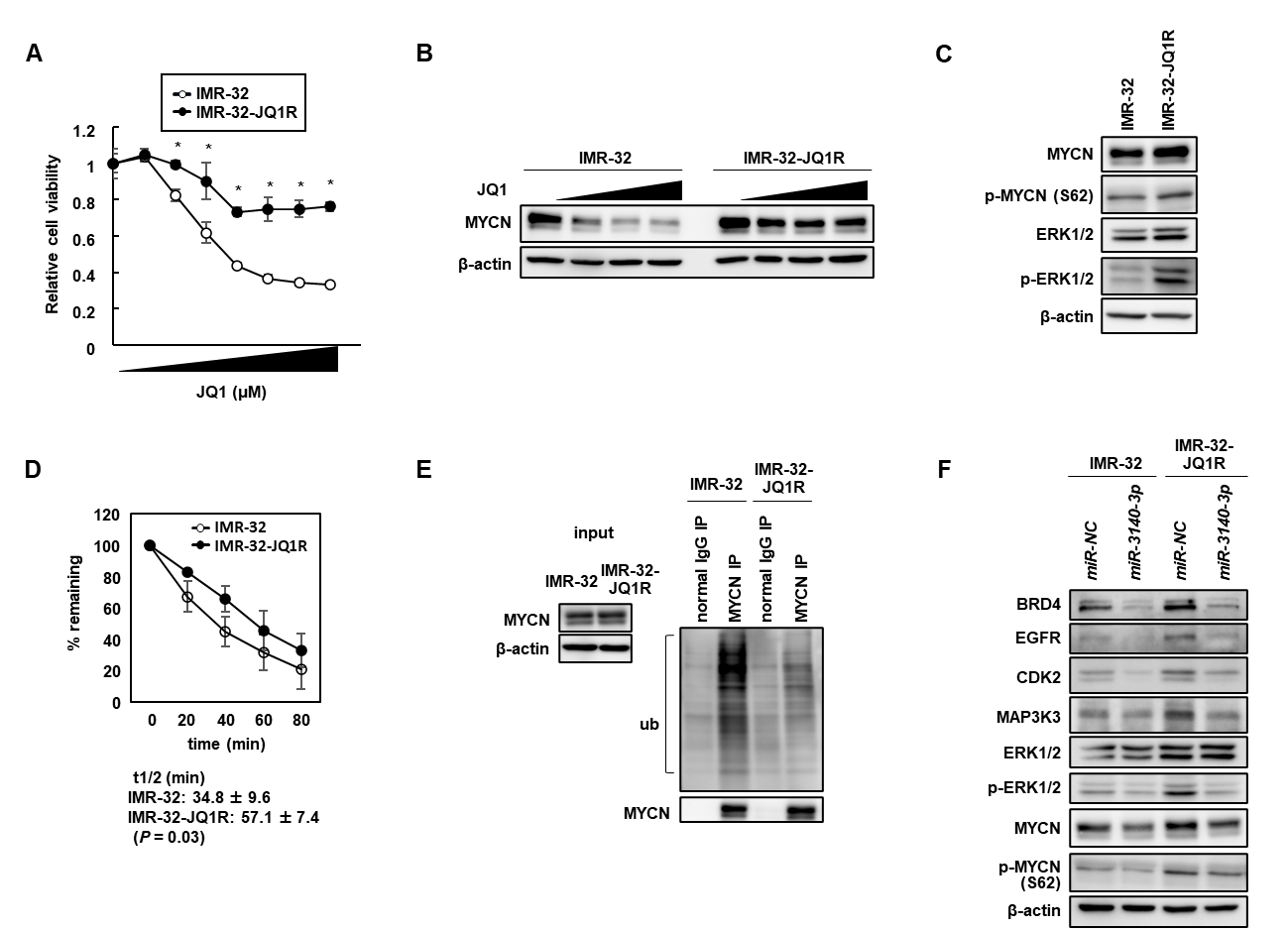 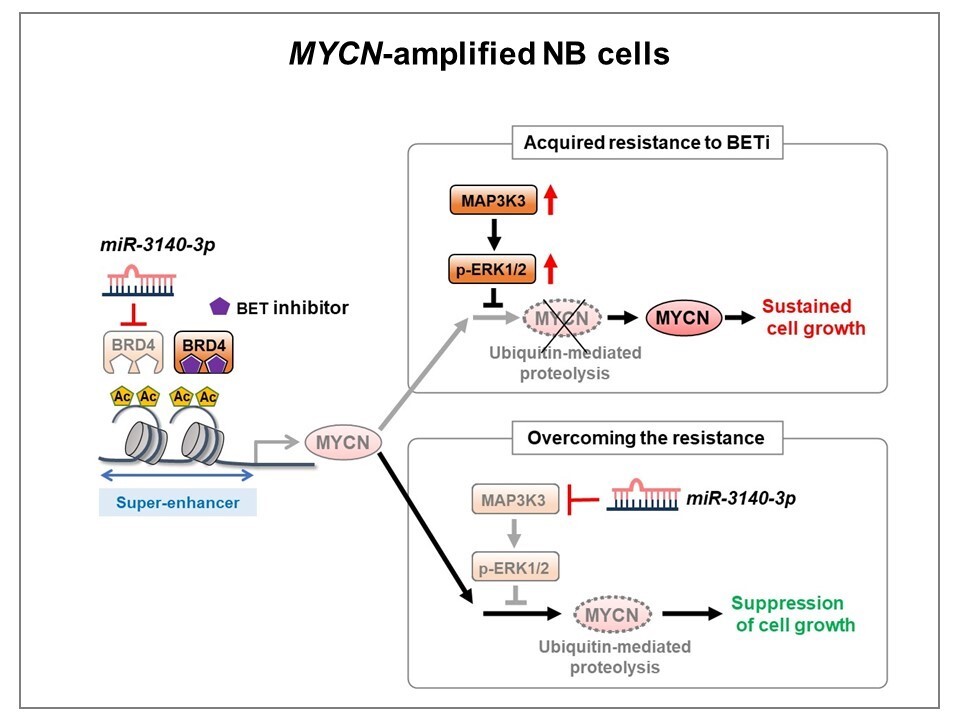 The article, “Concurrent targeting of MAP3K3 and BRD4 by miR-3140-3p overcomes acquired resistance to BET inhibitors in neuroblastoma cells,” was published in Molecular Therapy: Nucleic Acids at DOI: 10.1016/j.omtn.2021.05.001

Researchers from Tokyo Medical and Dental University (TMDU) identified a small RNA molecule, called miR-3140-3p, that may be useful to treat neuroblastoma tumors that have acquired resistance to a class of drugs known as BET inhibitors. By simultaneously targeting two genes, MAP3K3 and BRD4, miR-3140-3p is able to lower the levels of numerous cancer-promoting proteins and slow tumor cell growth. These findings indicate new and important options in the development of neuroblastoma treatments.