Predicting the Progression of Rheumatoid Arthritis

Tokyo, Japan – Predicting the future may be beyond our grasp, but what about predicting disease progression? Researchers in Japan have delved into the human genome to investigate a predictive tool for the progression of rheumatoid arthritis (RA), an inflammatory autoimmune disease showing progressive joint damage.

In a GWAS, genomic analysis of a group of individuals is performed to identify genetic variants that may be associated with a certain trait or disease. A PRS can be generated from a GWAS dataset and represents an individual’s risk of developing a specific disease based on a summation of the genetic variants associated with that disease. Previous studies have identified genetic factors associated with radiographic progression of RA, including the presence of anti-citrullinated protein antibodies (ACPAs) and variants located in the human leukocyte antigen (HLA) region of the human chromosome that contribute to regulating the immune system. However, the predictive accuracy of these factors is not robust. Therefore, the TMDU-led research team set out to evaluate the ability of the PRS to predict radiographic progression in people with RA.

The researchers then conducted statistical analysis to assess whether there is an association between PRS and severity of radiographic progression. Additionally, the research team performed a multivariable analysis to evaluate the association between radiographic progression and the combination of PRS and other factors such as sex, age of onset, and presence of ACPAs or HLA region variants. 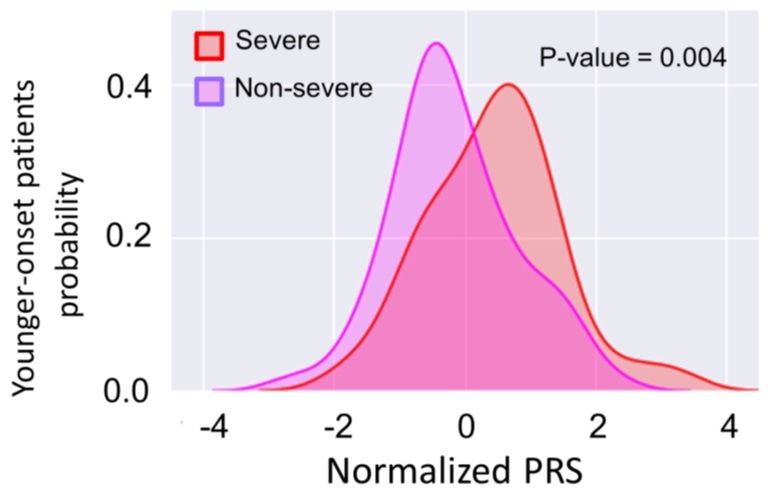 The researchers found that patients with a higher PRS had a higher risk of severe progression, particularly among younger-onset individuals. Furthermore, the multivariable analysis revealed that the association of the PRS with radiographic progression is not influenced by other clinical factors. Thus, PRS’s could be used to predict radiographic progression. These findings highlight the potential applications of genetic profiling in the development of precision medicine approaches for the treatment of RA.
###

The article, “Polygenic risk scores are associated with radiographic progression in patients with rheumatoid arthritis,” was published in Arthritis & Rheumatology at DOI: 10.1002/art.42051