“Identification of the commander cell in the bone remodeling”

“Identification of the commander cell in the bone remodeling”

A research group led by Prof. Hiroshi Takayanagi and Assistant Prof. Tomoki Nakashima at Department of Cell Signaling, Graduate School of Medical and Dental Sciences, Tokyo Medical and Dental University revealed that osteocytes to initiate the bone remodeling through RANKL expression. This was achieved in cooperation with the research groups of Institute of Molecular Biotechnology of the Austrian Academy of Sciences (IMBA), Spanish National Cancer Center, University of Cambridge, Baylor College, University of Missouri at Kansas City, Kyushu University and University of Tokyo. This work was supported by ERATO, Takayanagi Osteonetwork Project from Japan Science and Technology Agency (JST), Grant-in-Aids from the Japan Society for the Promotion of Science (JSPS) and Grants-in-Aid for GCOE Program from the Ministry of Education, Culture, Sports, Science and Technology of Japan (MEXT). The research results were published online on 2, Sep 2011 in Nature Medicine.

It is now well accepted that the loading is associated with increased bone mass, and reduced loading of skeleton in condition of disuse such as bed-rest or microgravity of spaceflight induce bone loss. The architecture of bone is finely tuned to perceive and respond to mechanical inputs. Bone is constantly renewed by the balanced action of osteoblastic bone formation and osteoclastic bone resorption at the bone surface. This restructuring process called "bone remodeling" is important not only for maintaining bone mass and strength, but also for mineral homeostasis. Excessive osteoclast activity leads to pathological bone resorption, as seen in a variety of local or generalized osteopenic conditions such as rheumatoid arthritis, cancer bone metastasis and osteoporosis. Therefore, the elucidation of the regulatory mechanisms involved in osteoclastogenesis is critical for a deeper understanding of the skeletal system in health and disease. Osteocytes, the most numerous but least studies cell of bone, are embedded within the lacuno-canalicular network of bone. Based on the location of osteocyte within the bone matrix, osteocytes may contribute to the regulation of bone remodeling in response to mechanical and microenvironmental changes. However, the technique of osteocyte isolation and culture has not been established.

We generated osteocyte-specific enhanced green fluorescence protein (EGFP) reporter mice in which osteocytes are identified by the expression of EGFP driven by dentin matrix protein 1 (Dmp1) promoter. Using fluorescent activated cell sorting, we newly established method for the isolation of high purity osteocytes from the fractions obtained by enzymatic digestions of bones (Fig.1B). Isolated osteocytes morphologically indicated dendritic processes and strongly expressed Dmp1 and Sclerostin, which are well-known as osteocyte-specfic genes. In contrast, osteoblast-specific gene such as Keratocan was highly expressed in isolated osteoblasts. Intriguing, osteocytes express a much higher amount of receptor activator NF-κB ligand (RANKL; encoded by the Tnfsf11 gene) and have a much greater capacity to support osteoclastogenesis than osteoblasts and bone marrow stromal cells (Fig.2A, B). To prove the importance of osteocytes as a source of RANKL in vivo, we generated osteocyte-specific Tnfsf11-deficient mice. These mice did not exhibit any gross abnormality, such as defects in tooth eruption, nor any growth retardation. However, the bone volume was greatly increased and the bone marrow cavity was abnormally filled with trabecular bone. The number of osteoclasts and the parameters of osteoclastic bone resorption were markedly reduced (Fig.2C). These results show that osteocyte-specific Tnfsf11-deficient mice exhibited severe osteopetrosis due to a lack of osteoclasts. Thus, osteocyte-derived RANKL plays a crucial role in the regulation of osteoclastogenesis in vivo. Interestingly, no phenotype was evident in the osteocyte-specific Tnfsf11-deficient mice at birth, However, a postnatal phenotype becomes increasingly obvious as the bone mass increases with age. Thus, the RANKL expressed by osteocytes contributes more significantly to bone remodeling after birth than to the skeletal development in the embryo. Osteocytes are mechanosensory cells, suggesting that RANKL on osteocytes may play a role in the response to mechanical stress, the importance of which increases after birth.

The research group gained new perspectives on the key role of osteocyte-derived RANKL in bone homeostasis in response to mechanical loading, establishing a molecular basis for osteocyte regulation of bone resorption (Fig.3). The localization of osteocytes within bone has hampered studies of this cell type, but our newly established cell sorting method to isolate osteocytes of high purity provides a useful approach to understand the molecular basis of osteocyte regulation of bone and other systems. The source, function, and relative contribution of RANKL in each system should be explored in the future, and mice bearing a Tnfsf11flox allele will be a useful tool for such analyses. The key role of osteocyte expression of RANKL has shed light on an unexpected network among bone cells, and may provide a molecular basis for future therapeutic approach to bone diseases. 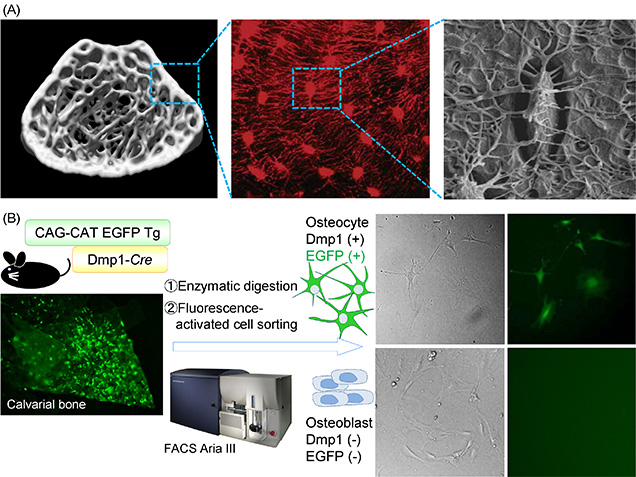 Figure 1：Development of an isolation method to provide osteocyte of high purity.
(A) Osteocyte is the most abundant cell type of bone. The cells embedded within the bone matrix connect with each other and with osteoblasts or/and osteoclasts at the bone surface through a network of canaliculi (Image of fluorescence [Nat Genet 2006] and scanning electron microscory [J bone Miner Res 2011], courtesy of Dr Jain Q Feng and Dr Lynda F Bonewald).
(B) We generated mice with osteocyte-specific expression of EGFP by crossing CAG-CAT-EGFP reporter mice with a transgenic line expressing Cre recombinase under the control of the Dmp1 promoter (Dmp1-Cre mice) to isolate osteocytes of higher purity. We sorted EGFP-positive and -negative cell populations from the cells obtained by enzymatic digestion of the neonatal calvaria of these mice. 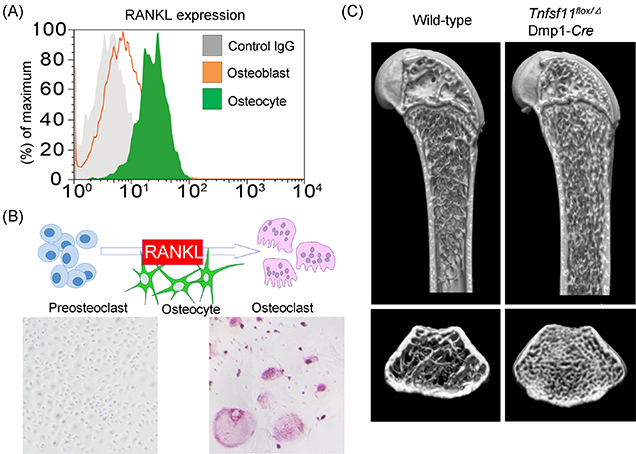 Figure 3: Osteocytes are the commander cell at the initiation of the bone remodeling through RANKL expression.
Osteocytes are thought to orchestrate bone homeostasis by regulating both bone-forming osteoblasts and bone-resorbing osteoclasts, but in vivo evidence and the molecular basis for the regulation has not been sufficiently demonstrated. In the research, we provide in vivo evidence for the key role of osteocyte-derived RANKL in bone remodeling in response to mechanical loading, establishing a molecular basis for osteocyte regulation of bone resorption.