“Instant Liver, Just Add Water”? Not Quite, but a Better Way to Grow Multiple Organs

“Instant Liver, Just Add Water”? Not Quite, but a Better Way to Grow Multiple Organs A research team centered at Cincinnati Children’s Hospital Medical Center (CCHMC) and Tokyo Medical and Dental University(TMDU) develops an improved method to grow an organoid model of the liver, bile duct and pancreas

Tokyo, Japan – Pluripotent stem cells are specialized cells that can become almost any type of cell or tissue in the body. Because of this potential, they are often used in research to study disease. One way this is done is by coaxing stem cells to form organoids, which resemble organs but can be more easily studied in a laboratory. Researchers centered at Cincinnati Children’s Hospital Medical Center (CCHMC) and Tokyo Medical and Dental University(TMDU) have devised a better way to make one particular organoid to aid in studies of the liver, bile duct and pancreas. 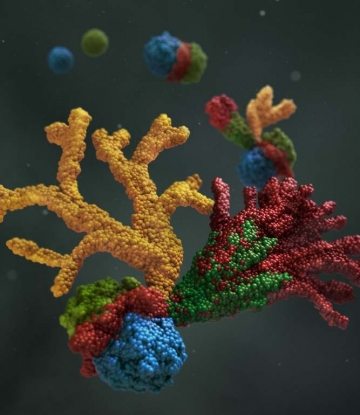 Figure1. 3D CG of multi-organoid model grown from human stem cells.
Liver: red, Bile duct: green, Pancreas: yellow, Gut: other colors.
“Our focus was on generating a hepato-biliary-pancreatic organoid, which would allow us to better understand how the liver, bile duct, pancreas, and associated tissues form during embryonic development and how they normally function together,” explains Takanori Takebe, senior author of the study. “The current technical approaches are fairly limited, though, and the resulting models lack the complexity of true organs.”

In the technique pioneered by the research team, human stem cells are used to make small “spheres” of cells that each represent different parts of a developing embryo. The spheres are fused together to create an immature organoid, which is then allowed to mature and grow while suspended in a specially engineered three-dimensional gel. With the new technique, the resulting organoid bears a striking resemblance to a liver, pancreas, and the connecting bile ducts.

“What we are most excited about is the sophistication of the organoid,” says Hiroyuki Koike, one of the researchers involved in developing the technique. “We could see branches that directly connected the bile duct to the pancreas. Amazingly, the pancreatic tissue that emerged was able to secrete digestive enzymes through the ducts, similar to how the true organ would function. The complexity of the organoid is really quite remarkable.”

The researchers also showed that, by making specific genetic mutations, they can stop the stem cells from becoming a working organoid—demonstrating the potential usefulness of the system to study diseases that arise in these organs.

“There are still a number of challenges in the field with respect to creating a robust multi-organ model system that can be easily manipulated in a research setting,” Takebe adds. “The work here shows that it is possible to create such a system using human pluripotent stem cells. This is quite exciting, as it lends credibility to the idea that stem cells might be used to make personalized models to study how organs form and how genetic mutations lead to organ malfunction.”

The article, “Modeling human hepato-biliary-pancreatic organogenesis from the foregut-midgut boundary” was published in Nature at DOI: 10.1038/s41586-019-1598-0

Pluripotent stem cells can be used to make experimental models of organ systems, but current techniques often produce models that bear limited resemblance to true organs. Researchers at Cincinnati Children’s Hospital Medical Center (CCHMC) and Tokyo Medical and Dental University(TMDU) developed an improved method to make a sophisticated three-dimensional organoid model of the liver, pancreas, and bile ducts. The model may help researchers understand how these organs form and how genetic mutations can lead to diseases in these organs.