No IgA leads to intestinal inflammation in mice

Tokyo, Japan - While researchers have known for years that immunoglobulin A (IgA) is important for gut health, it has remained unclear exactly what role it plays in preventing infection and disease. But now, researchers from Japan have found that eliminating IgA disrupts the balance of the intestinal ecosystem, making it susceptible to disease.

In a study published online in May in Gut, researchers from Tokyo Medical and Dental University (TMDU) have revealed that IgA deficiency results in substantial inflammation of the ileum, a specific part of the small intestine.

IgA is present in large quantities in the small intestine, where it helps protect the body against microorganisms that could potentially cross the lining of the gut to cause disease. People who do not produce IgA are more likely to develop inflammatory bowel disease, allergies, or autoimmune disease, or to get repeated infections. However, attempts to explore the connection between IgA and disease in the laboratory have been hampered by contradictory results, with some studies suggesting that IgA is not important for gut health, and others concluding it is crucial.

“We sought to resolve this apparent discrepancy by generating a definitive mouse model of IgA deficiency,” says senior author of the study Takahiro Adachi. “To do this, we used a cutting-edge gene engineering technology called CRISPR/Cas9 to delete the gene encoding IgA.”

The researchers then analyzed the IgA-deficient mice in detail to determine the effect on gut health, inflammation, and the gut microbiota (the microorganisms that live in our digestive tract).

“The results were striking,” explains Adachi. “We found that the IgA-deficient mice had spontaneous inflammation in the ileal portion of the small intestine, with enhanced immune cell activation and the production of pro-inflammatory cytokines”(Figure.1).In addition, the gut microbiota in these mice was unbalanced, especially in the ileum. 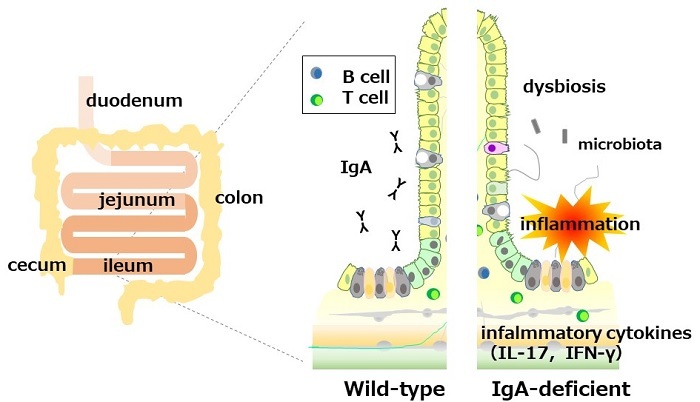 Figure 1. IgA deficiency induces ileitis
The small intestine is composed of duodenum, jejunum and ileum (left). IgA deficiency causes distortion of the gut microbiota, especially in the ileum, and inflammatory cytokines are secreted from T cells, resulting in in inflammation of the ileum (right).

“Our findings suggest that IgA plays a protective role in the intestine by maintaining a healthy balance of microorganisms in the gut and preventing pathologic inflammation,” says Adachi.

Given that IgA deficiency is a known risk factor for inflammatory bowel disease such as Crohn’s disease and ulcerative colitis, this new mouse model could be helpful for investigating these inflammatory conditions in the future. According to Takashi Nagaishi, lead author of the paper, the specific inflammation observed in the ileum of these mice, instead of the colon, makes this especially promising as a model of Crohn’s disease in humans.
###
The article, “Immunoglobulin A-specific deficiency induces spontaneous
inflammation specifically in the ileum,” was published in Gut at DOI: 10.1136/gutjnl-2020-322873.

Researchers from Tokyo Medical and Dental University (TMDU) have found that immunoglobulin A (IgA) deficiency leads to disruption of the ileal gut microbiota and increased inflammation in the ileum in mice. This suggests that IgA plays an important role in mucosal homeostasis by regulating the intestinal microbiota and protecting against mucosal inflammation, especially in the ileum.