Times Higher Education (THE) published World's Best Small Universities on January 25th, 2016.
Tokyo Medical and Dental University (TMDU) is ranked #1 in Japan and #12 in the World in the best "small universities". 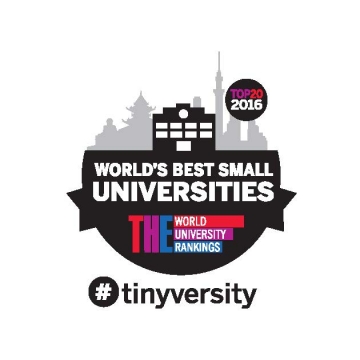 TMDU is a relatively "small" university, when the number of students is considered; TMDU has 2,872 students (as of May, 2013). However, we have Two University Hospitals, Institute of Biomaterials and Bioengineering, Medical Research Institute and other Educational/Research Centers as well as Graduate/Undergraduate Schools with some state-of-the-art facilities.

In the various university rankings including THE, TMDU acquire a high evaluation on, for instance, the citations per research papers and high ratio of faculty staff to students.

About THE World’s Best Small Universities 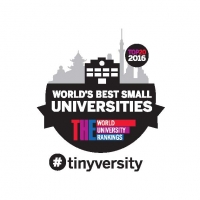 THE World University Ranking is the best known university measure among several similar university rankings. The World’s Best Small Universities 2016 is a new ranking launched by THE World University Ranking for institutions in the who have less than 5000 total students and who cover four or more broad subjects out of arts and humanities, engineering and technology, medicine, life sciences, physical sciences and social sciences.

For more details, please refer to the following:
https://www.timeshighereducation.com/student/news/worlds-best-small-universities-2016


“When it comes to universities, size matters. For some students big is best, but for others, a small university is the right option. Small universities can potentially offer students a more intimate environment, with more support and attention from lecturers, and -- let’s be honest -- more of a chance for students to spend time with the star professors who in bigger universities may simply be too busy. The smaller university can also offer a greater sense of collegiality and community, where students are less likely to get lost in the crowd." said Phil Baty, editor of this and other THE World Ranking lists. “Data are the currency of the twenty-first century and this ranking sheds light on a singular perspective of higher education institutions that might easily be overlooked. The fact that CalTech tops this ranking as well as the overall World University Ranking reveals that there is something very powerful about scale and focus, when it comes to university performance. It shows that careful analysis of millions of data points can provide important insights for students. It can help them make more informed choices about perhaps the most important decision of their lives – who to trust with their university education.”

A fifth-year medical student, Chihiro Mano, told her experience at TMDU on THE Website.

"I grew up in Tokyo, Japan and I am now studying at Tokyo Medical and Dental University (TMDU) as a fifth-year student. My major interests are obstetrics, gynecology and emergency medicine. I will start working as an intern after I graduate in March 2017.

There are several reasons why I decided to apply for TMDU, even though it is “small”. First of all, TMDU has several medical and dental departments, so it is possible to communicate with many different kinds of healthcare professionals. This is very important for our generation, in which a team approach to healthcare is highly valued. Also, because of the small number of students and the relatively high number of teachers, which is a characteristic feature of TMDU, we are able to have a close relationship with the teachers.

Location is another reason I prefer TMDU to other universities. All of its campuses are in the centre of Tokyo, and this makes TMDU one of the most easily accessible campuses in Japan. Speaking of the campus, the main campus in the Yushima/Ochanomizu district is very compact: hospitals, research centres and university facilities are all rolled into one. It is an educationally condensed environment that helps us to link clinical studies and laboratory research together.

As I expected before entering TMDU, students are able to have close interactions with teachers. All the teachers take very good care of us and support us educationally and personally. Because the university has only medical and dental schools, we do not have the opportunity to study subjects outside those fields. That could be interpreted as a negative feature; however, TMDU has an alliance with three other universities in Tokyo, which allows us to connect with students studying various majors and to exchange ideas and thoughts so that we can contribute even more to medical fields.

As it has only a small number of alumni, TMDU is not very well known in Japan. Although it’s one of the leading research institutions, many people don’t know where it is or what it is.

When I entered my university, I thought it would be a little bit boring to study at a “small” university, to be honest. The reality was totally different. Being a student at a small medical university is amazing. I made many great friends not only in medical fields but also in dentistry and nursing. I became very close with my teachers and gained a lot of experience in research and clinical studies. I’m very satisfied with these five years as a TMDU student and I am very much looking forward to the final year.

I’m planning to study at Australian National University this coming April and May as a part of my university’s international clinical clerkship programme. Although it may be very challenging, I’m determined to make the best of it. I can’t wait for all the exciting experiences I will have, and the new people I will meet, in Australia."