Tokyo, Japan – Alzheimer’s disease (AD) is the most common neurodegenerative disease and the cause of most cases of dementia. Because treatment of patients post-dementia has largely proved ineffective, research has instead moved to identifying early events that occur in the brain of AD patients.

To this end, researchers led by Tokyo Medical and Dental University(TMDU) examined proteins expressed in the brain tissue of human AD patients and mouse AD models to identify those that had undergone a change known as phosphorylation. The protein MARCKS was found to be phosphorylated very early in the disease, and further investigation identified the HMGB1 protein as a trigger of MARCKS phosphorylation and neuronal degeneration. HMGB1 was therefore proposed as a promoter of AD pathology and a potential target for preclinical therapy. The study was reported in Scientific Reports.

Under normal conditions, HMGB1 controls gene expression, but in response to injury it promotes inflammation. TMDU researchers observed that HMGB1 was released from overstimulated or dying neurons with “intracellular” Aβ accumulation and bound to an intermediate receptor protein, TLR4, whose downstream kinases phosphorylated MARCKS at Ser46. “We also observed increased HMGB1 in cerebrospinal fluid of human AD brains”, first author Kyota Fujita says. “The patient with the highest HMGB1 level showed particularly rapid dementia progression.” HMGB1 therefore seems to be the trigger of the signaling pathway that phosphorylates MARCKS and causes neurite degeneration in AD pathology.

The team next developed a monoclonal antibody against HMGB1, which recovered abnormal neurites, synapse numbers, DNA damage, and cognitive impairment in an AD mouse model. It also delayed the onset of AD even when Aβ accumulation had already started. “Our data show that the antibody ameliorates preclinical AD pathology and delays the onset of AD mainly by blocking HMGB1 activity,” corresponding author Hitoshi Okazawa says. “The relationship between Aβ and HMGB1 is very complex but maybe not essential. Instead, the important thing is Aβ-related but independent molecule that changes before A deposition in the brain is a new critical target of therapeutics” 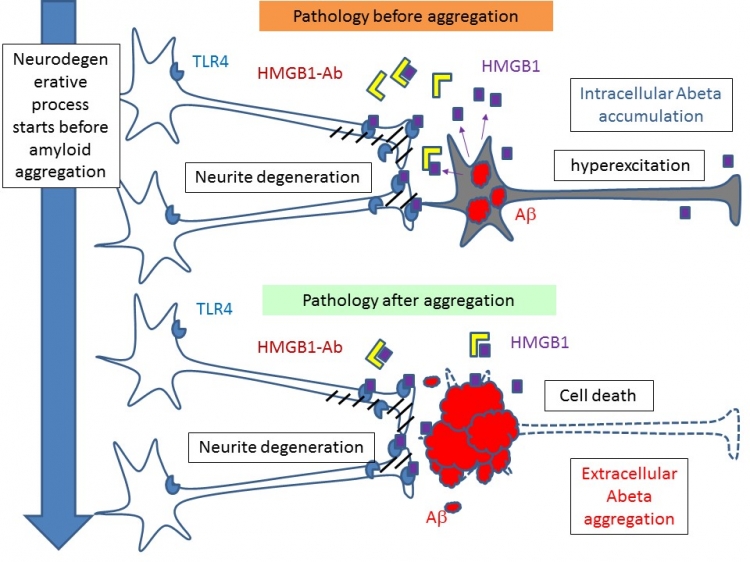 Fig1: HMGB1-antibody therapy targeting on ultra-early phase (phase 0) pathology
In the previous study, comprehensive phosphoproteome analysis with four AD mouse models and human postmortem AD brains identified that phosphorylation of MARCKS at Ser46 initiates before amyloid aggregation stage, and the pSer46-MARCKS destabilizes neurites and dendritic spines (Tagawa et al, Hum Mol Genet 2014). Before amyloid aggregation, HMGB1 is released from neurons that accumulate intracellular amyloid-beta or that are hyper-excitatory. HMGB1 binds to TLR4 and activates MARCKS. The signal induces phosphorylation of MARCKS at Ser46, which leads to degeneration of neurites. Administration of anti-HMGB1 antibody prevents such pathology before amyloid aggregation.

The article, “HMGB1, a pathogenic molecule that induces neurite degeneration via TLR4-MARCKS, is a potential therapeutic target for Alzheimer’s disease” was published in the Nature journal Scientific Reports at DOI: 10.1038/srep31895

Research led by Tokyo Medical and Dental University (TMDU) identified a key signaling pathway in the development of Alzheimer’s disease. The release of HMGB1 from dying neurons triggered phosphorylation of MARCKS, which led to neurite degeneration. Targeting HMGB1 with preclinical antibody therapy delayed the onset of disease, suggesting that it could be used as a novel treatment for Alzheimer’s disease.