Published: October 28, 2021
Researchers from Tokyo Medical and Dental University (TMDU) find that a characteristic shift in bacterial community composition and function marks progression from a healthy mouth to periodontal disease

Tokyo, Japan - When you’re smiling, the whole world smiles with you; but what happens when gum or tooth disease starts to dim your pearly whites? Now, researchers from Japan have found a bacterial signature that marks the shift from healthy teeth and gums to periodontitis.

In a study published in mSystems, researchers from Tokyo Medical and Dental University (TMDU) have revealed that specific bacterial signatures differentiate healthy mouths from those with gingivitis and periodontitis.

Periodontal disease is inflammation of the gums caused by infection with many different kinds of bacteria. The infection begins at the gum line and then makes its way down into the bones of the jaw, where it can cause permanent damage and tooth loss.

To do this, the researchers took plaque samples from three sites within the mouths of 21 patients with periodontal disease: from a healthy site, from a site showing gingivitis, and from a site with periodontitis. They then performed a specialized analysis called metatranscriptomic analysis to determine what functional substances the bacteria at these sites were producing, as well as a lineage analysis to determine what types of bacteria were present at these sites.

“The results showed clear differences in both bacterial community composition and functional profiles between health and diseased sites,” explains Takanori Iwata, senior author. “Importantly, we found that the transcriptional activity of taxa including Eubacterium nodatum, Eubacterium saphenum, Filifactor alocis, and Fretibacterium fastidiosum was higher than that of well-known periodontopathic bacteria (red complex; Porphyromonas gingivalis, Tannerella forsythia, and Treponema denticola) at diseased sites than at healthy sites, and as gingivitis progressed to periodontitis.”

“The changes that we observed in the transcriptional activity of these taxa with disease progression show that the shift from health to periodontitis is accompanied by changes in both the structure and the complexity of the bacterial network,” says Nemoto.

Given that gingivitis is reversible, but periodontitis is not, the identification of key bacterial species and functions involved in the progression from a healthier state to a diseased state could help prevent permanent damage. 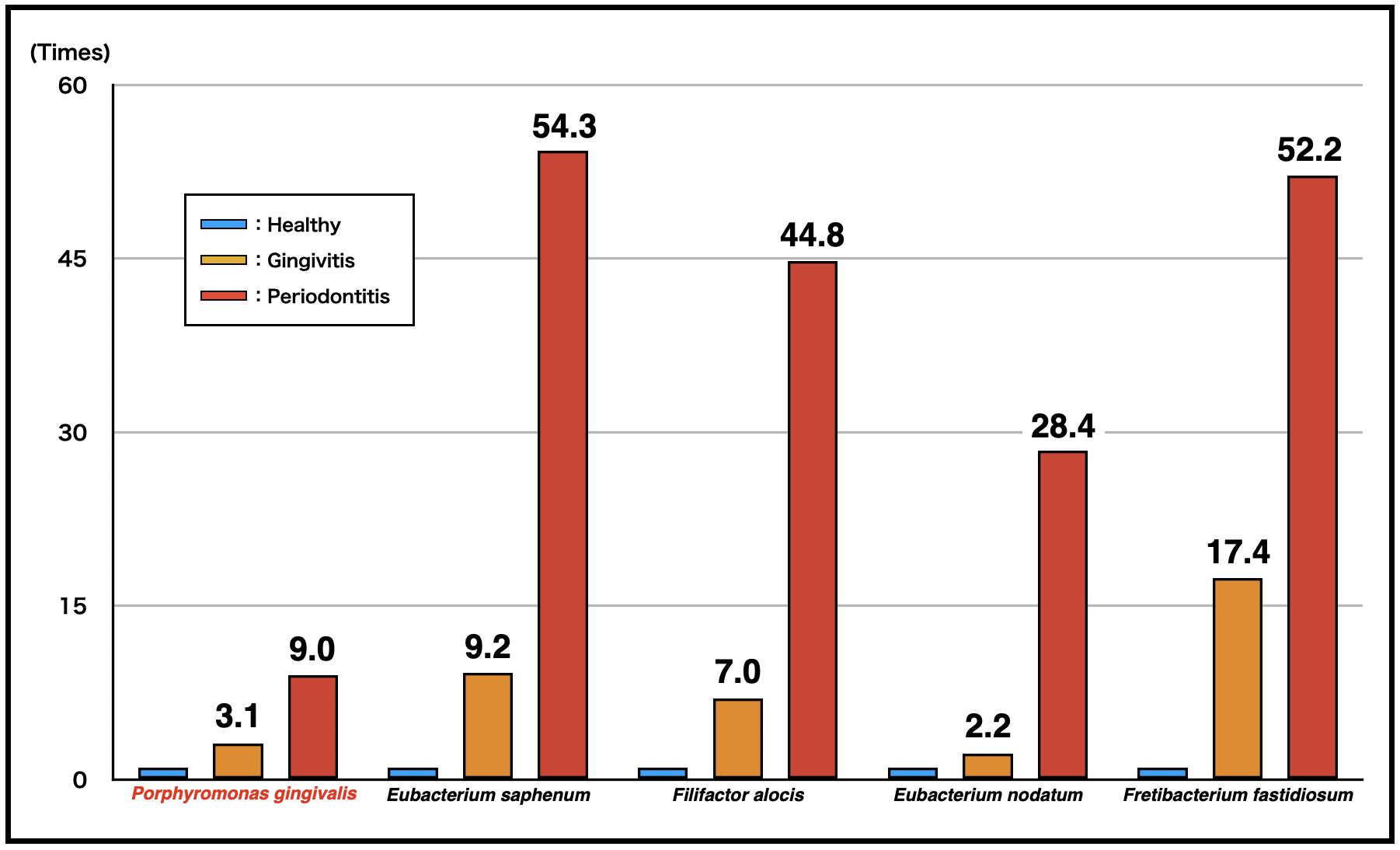 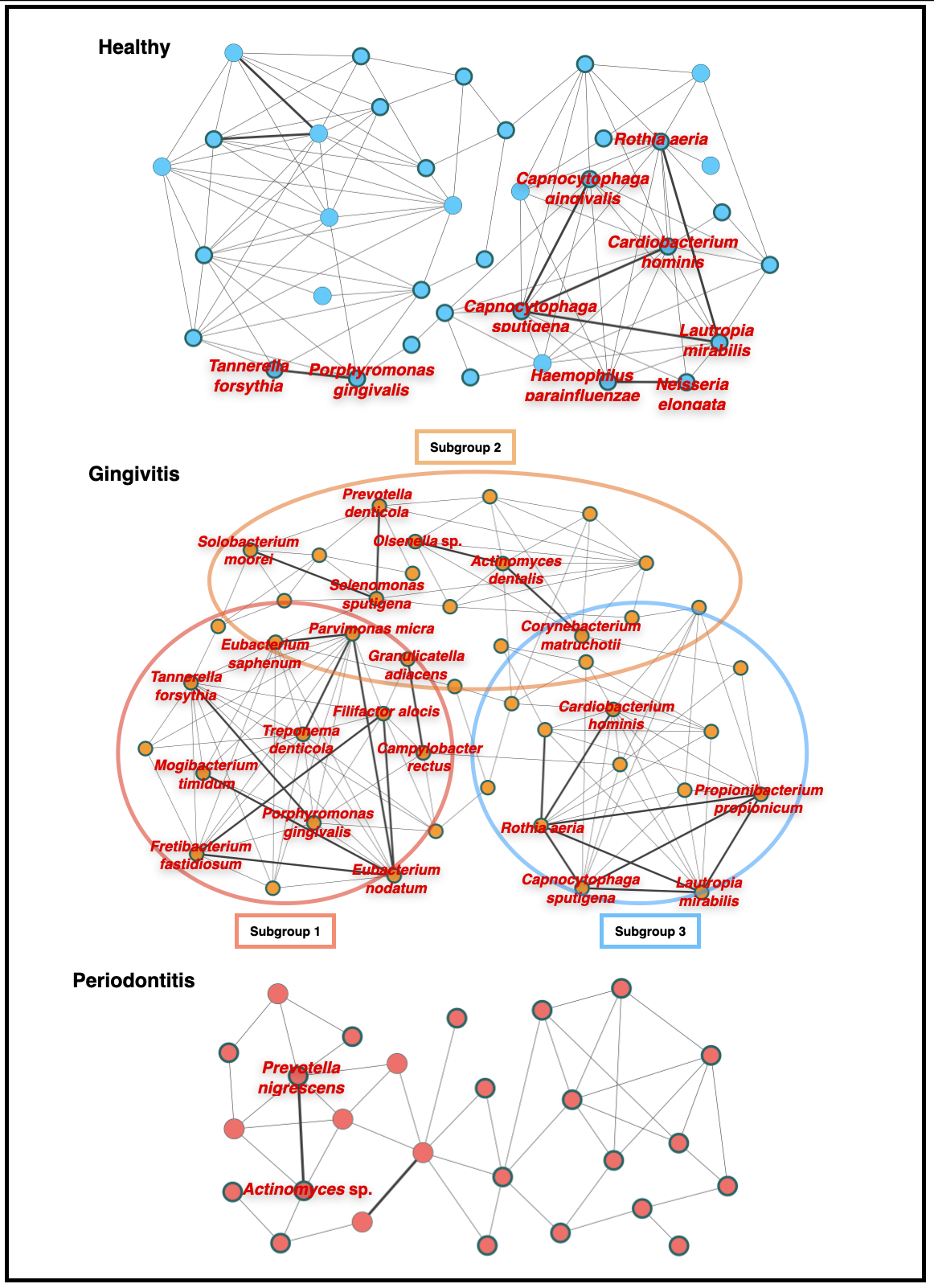 The article, “Discrimination of Bacterial Community Structures among Healthy, Gingivitis, and Periodontitis Statuses through Integrated Metatranscriptomic and Network Analyses,” was published in mSystems at DOI: https://doi.org/10.1128/mSystems.00886-21.

Researchers from Tokyo Medical and Dental University (TMDU) have found that the transcriptional activity of taxa including Eubacterium nodatum, Eubacterium saphenum, Filifactor alocis, and Fretibacterium fastidiosum was higher than that of well-known periodontopathic bacteria at diseased sites than at healthy sites in the mouth, indicating that changes in the oral microbiome during disease progression includes alterations of both the structure and the complexity of bacterial networks.