Tokyo, Japan – The advent of cell phones, the internet, and various messaging platforms has allowed for faster and broader communication worldwide. But did you know that your body has its own complex communication system in the form of extracellular vesicles (EVs)? These small structures, which contain cellular “cargo” such as protein and nucleic acids, are secreted by cells and can travel throughout the body, influencing a variety of physiological and pathological processes. Recently, researchers in Japan have shed new light on the role of EVs in the progression of cancer.

In a new study published in Inflammation and Regeneration, researchers led by Tokyo Medical and Dental University (TMDU) examined the effects of oral cancer cell-derived EVs in endothelial-mesenchymal transition (EndoMT). EndoMT is a process in which endothelial cells, or cells that line the blood vessels, lose their characteristics and take on properties of mesenchymal cells.

While EndoMT occurs normally during embryonic development, it has also been shown to destabilize vascular structures such as blood vessels. In cancer, vascular destabilization may make it easier for cancer cells to enter and exit the bloodstream, thereby promoting metastasis. Previous research has shown that cancer cells release EVs that act to induce a similar process called epithelial-mesenchymal transition (EMT), thereby promoting tumor development. However, the effects of cancer cell EVs on EndoMT in normal vascular endothelial cells have not yet been elucidated. Therefore, the TMDU-led research team set out to characterize EVs released by oral cancer cells and to investigate the effects of these EVs on healthy vascular endothelial cells.

“A signaling factor known as transforming growth factor-β (TGF-β) has been shown to induce EMT in cancer cells, so we began by investigating charactered changes of human oral cancer cells brought by TGF-β-induced EMT” says lead author Miho Kobayashi. “We found that oral cancer cells exposed to TGF-β released roughly three times as many EVs as those that were not exposed.”

“The changes in endothelial and mesenchymal marker expression in the vascular cells indicated that EndoMT was induced by EVs from oral cancer cells in which EMT had occurred,” says lead author Kashio Fujiwara. Furthermore, evaluation of the effects of cancer cell-derived EVs on vascular stability in human vascular endothelial monolayer cultures showed that treatment with the EVs enhanced vascular destabilization.

This research provides further understanding of the mechanisms involved in EndoMT and vascular instability, which may aid in the development of therapeutic treatments to disrupt cancer progression and metastasis. 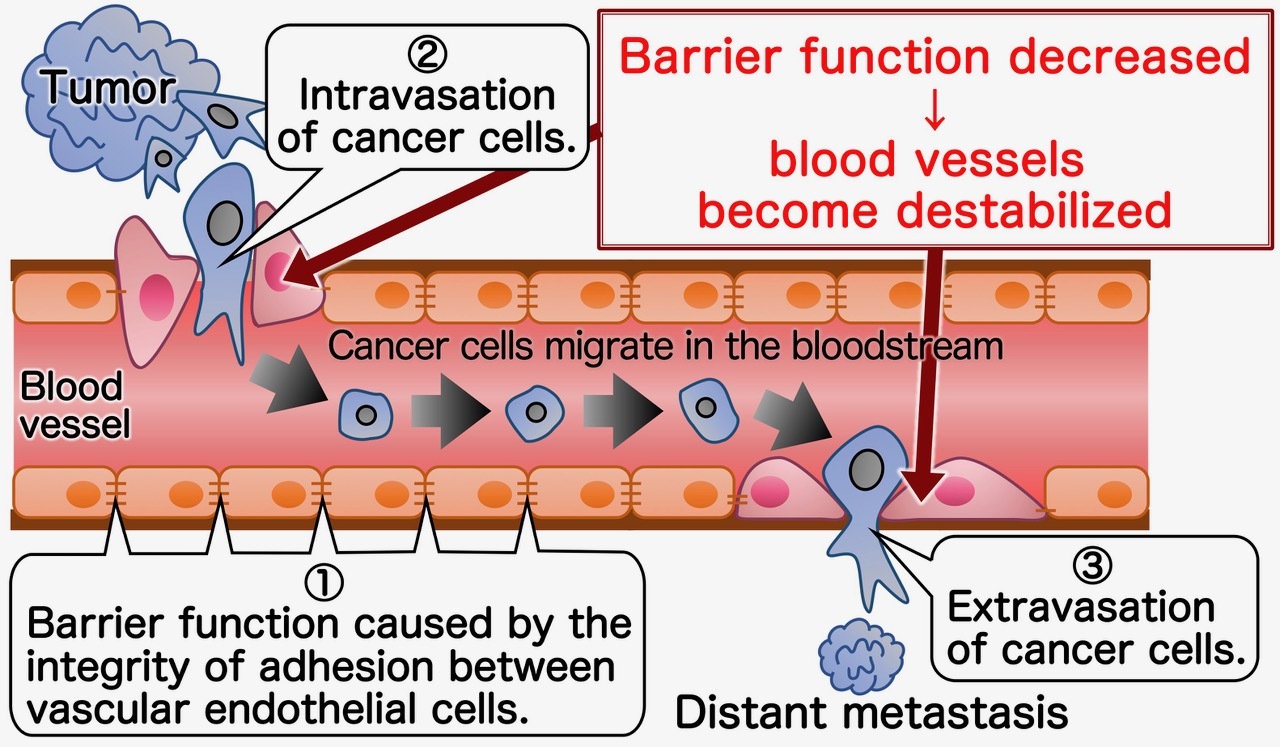 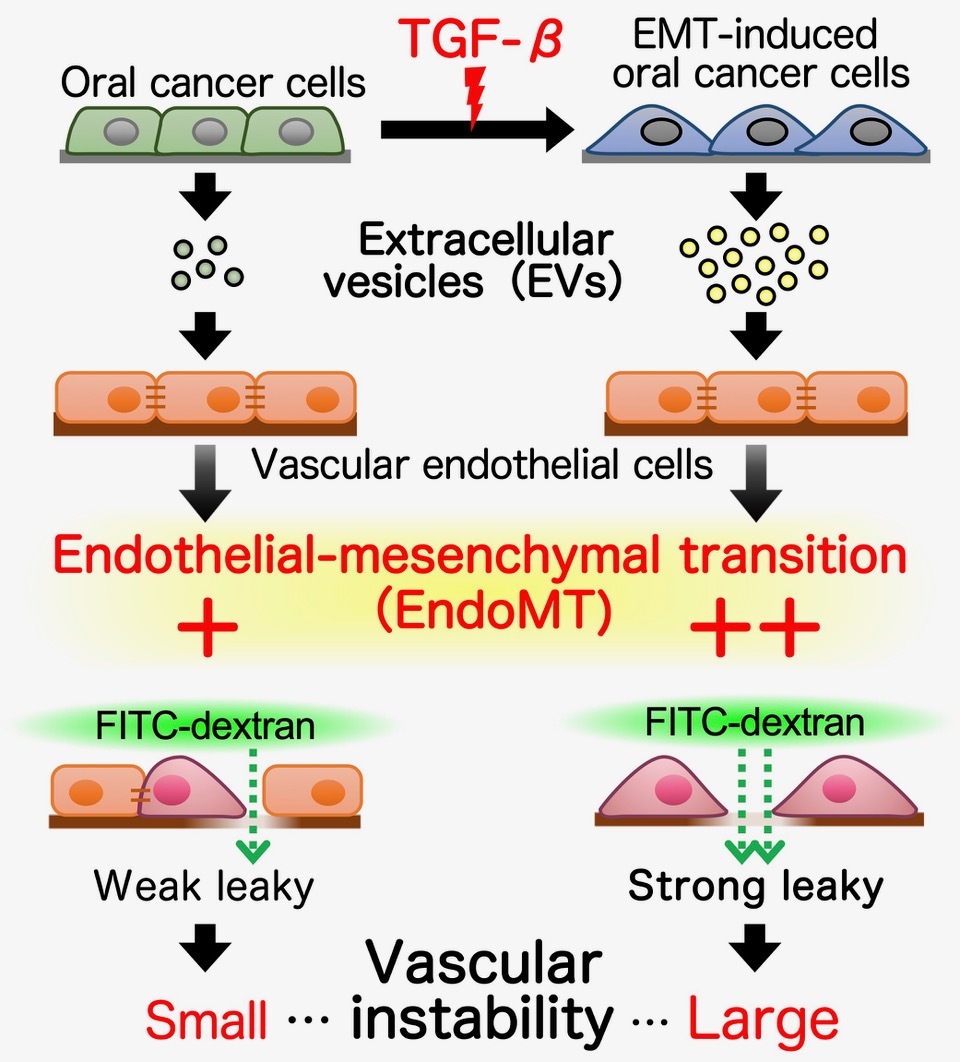