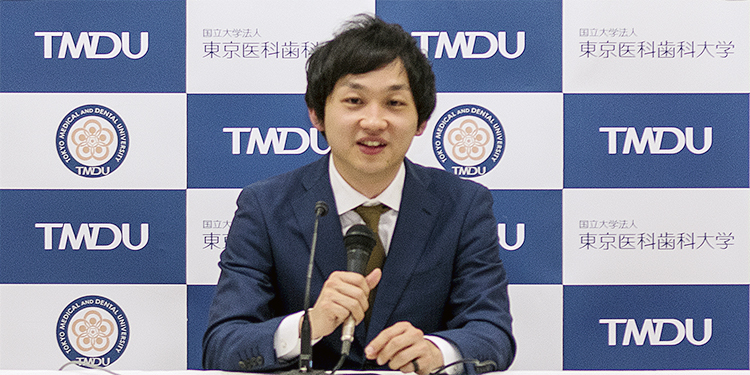 Tokyo, Japan – The human liver is a vital organ involved in multiple functions. Because susceptibility to liver diseases is highly variable among patients, researchers from Tokyo Medical and Dental University (TMDU) and Cincinnati Children’s Hospital Medical Center (CCHMC) have engineered a model liver system that can be personalized for disease modeling and drug discovery.

In a study that will be published in August in Cell Metabolism, an international team of researchers including TMDU developed a method for establishing multicellular human liver organoids (miniature livers) comprising different liver cell types that show liver tissue characteristics down to the gene and protein scale. They were able to create the livers within 20 days by combining different actively growing cell types established from pluripotent stem cells (PSCs), which can transform into almost any cell type.

Importantly, the researchers were able to trigger a liver disease known as steatohepatitis in these organoids, which was confirmed by the accumulation of fats and increased expression of inflammatory proteins. Additionally, these diseased organoids showed increased levels of fibrosis (tissue scaring) indicators.

“Using atomic force microscopy, we also measured the organoids’ stiffness, which reflects the severity of liver fibrosis,” says author Shodai Togo. “The ability to trigger disease symptoms in this organ-simulating model will improve our understanding of disease development and underlying causes, and will allow safe drug testing.”

In another exciting achievement, the researchers also managed to establish sick liver organoids using PSCs from patients with Wolman disease.

“These patients are deficient in an enzyme involved in breaking down fatty material, resulting in fat accumulation in various organs including the liver,” says co-author Rie Ouchi. “We then investigated ways to treat these sick organoids and succeeded in alleviating the disease symptoms using two different methods.”

As the current treatment for Wolman disease is extremely expensive, this new research model is expected to facilitate the discovery of new and more affordable treatments. This experimental success also indicates that other diseases could be modeled using this approach. 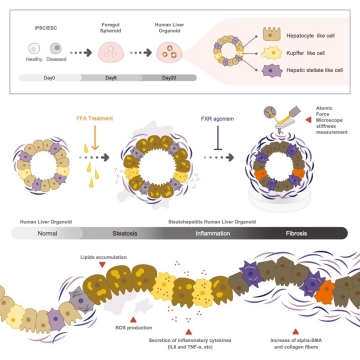 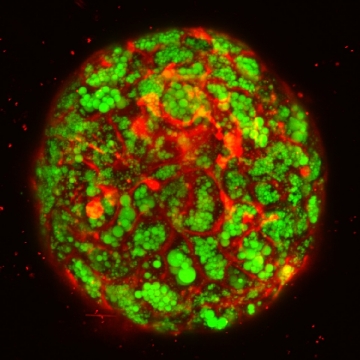 ###
The article “Modeling Steatohepatitis in Humans with Pluripotent Stem Cell-Derived Organoids” will be published in Cell Metabolism at DOI: 10.1016/j.cmet.2019.05.007