December 27, 2022
When an Olympic athlete experiences a muscle injury, whether they are able to finish competing may depend determining which part of the muscle is injured.

Tokyo, Japan—In a recent study, researchers reviewed magnetic resonance images (MRI) of muscle injuries experienced by athletes during the Tokyo Olympic Games and found that when muscle injuries were characterized by torn fibers extending to the tendon, athletes were often unable to finish their events. Muscle injuries can derail training and preparation, and when they occur during competition they can prevent athletes from showcasing the best of their abilities. A better understanding of different types of muscle injuries and their likely outcomes may help sports physicians to answer the question that is most prominent in the mind of an injured athlete—will I be able to continue?

In a study published last month in the British Journal of Sports Medicine, a team that included several researchers from Tokyo Medical and Dental University (TMDU) took a closer look at the circumstances of injuries sustained by athletes during the 2020 Tokyo Olympic Games and examined whether injury characteristics could be linked to whether an athlete was able to finish competing or had to drop out.

“When a muscle injury is experienced by an elite athlete during training or competition, they (and their medical team) are faced with the ultimate athlete’s dilemma—deciding whether to continue competing and if, in doing so, they risk further harm,” explains senior author Hideyuki Koga. “It is not an easy dilemma given that the chance to compete in the Olympic Games is often a once in a lifetime chance, so the hope is that our findings and those from future studies of sporting competitions will contribute information that can help athletes and their medical teams make informed decisions.”

With data from a wide range of sports being included in the study the research team was able to uncover useful information towards their research question. Lead author Hiroki Katagiri says, “We found that the proportion of athletes who were unable to finish competing was significantly higher for athletes with muscle tears that extended to the tendon than for athletes with tears in the muscle belly or peripheral part of the injured muscle.”

Such a wide data pool gives high quality information that helps us understant which types of muscle tears are more likely to prevent athletes from competing and this can be used to improve injury management or even injury prevention.
So, it seems that there is more one type of photo finish in the Olympic Games. For an athlete who sustains a muscle injury, everything (hopes, dreams, and four years of training) may ride upon a single picture—an MRI. 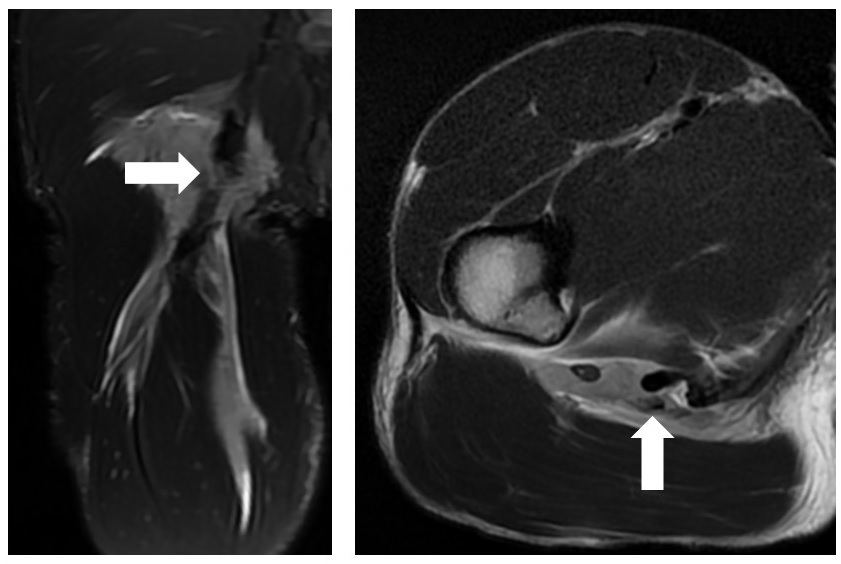 ###
The article, “Epidemiology of MRI-detected muscle injury in athletes participating in the Tokyo 2020 Olympic Games,” was published in the British Journal of Sports Medicine at DOI: 10.1136/bjsports-2022-105827.

The findings of a study that examined magnetic resonance images of muscle injuries sustained by athletes during the Tokyo Olympic Games suggest that there is a relationship between muscle injury site and whether the athlete is able to continue competing.