The aim of the TMDU President’s Young Researchers Award is to encourage excellent young researchers with high potential to lead the future of Japan beyond our university and to contribute to the further development of research by supporting them with the President’s discretionary fund.
In this round, applications were sought in the university and eight young researchers were selected after the review of the applications and interviews. President Yoshizawa handed the appointment letter to Assistant Professor Yosuke Yoneyama of the Organ and Tissue Neogenesis Consortium, Division of Advanced Multidisciplinary Research as the representative of the eight selected researchers.

The award ceremony concluded with the speech by President Yoshizawa that he expects the selected young researchers to make the most of research funding, to engage with research even more and to develop themselves further as a researcher. 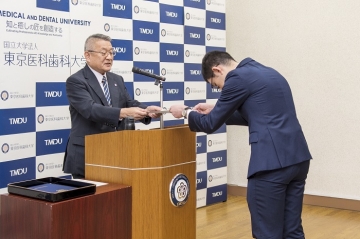 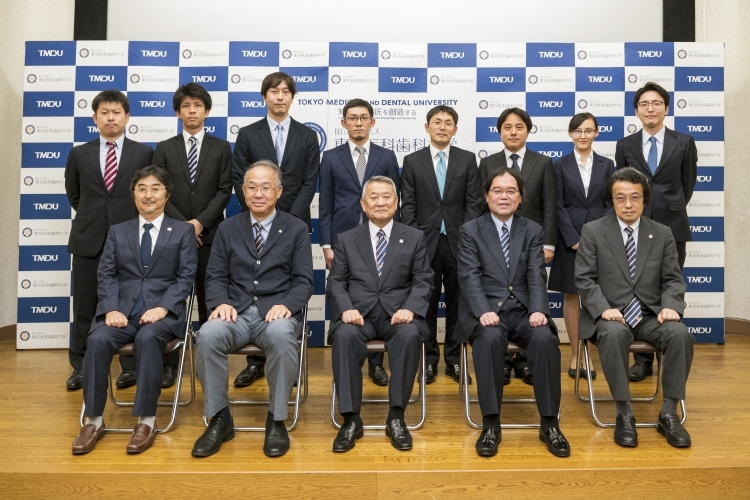