Horizontal transmission can cause severe and persistent eye inflammation

Tokyo, Japan – Human T-cell lymphotropic virus type-1 (HTLV-1) is a retrovirus similar to human immunodeficiency virus (HIV) and has mostly been thought to be transmitted vertically (mother-to-child), or horizontally (sexually or parenterally (e.g. via blood transfusion)). The spread of this infection in metropolitan areas such as Tokyo is presumed to be due to horizontal transmission, especially sexual transmission.HTLV-1-associated diseases are thought to be caused mainly through vertical transmission. In a new study, clinicians from Tokyo Medical and Dental University (TMDU) describe that horizontal transmission route is responsible for HTLV-1 associated disease, i.e. HTLV-1 uveitis.

The clinicians saw a 57-year-old woman who presented with sudden blurred vision. An eye examination revealed profound pathologies in different anatomical locations of her eyes. Most prominent were cellular infiltrates and opacity in the vitreous body, a large gel-like substance between the lens and the back of the eye. 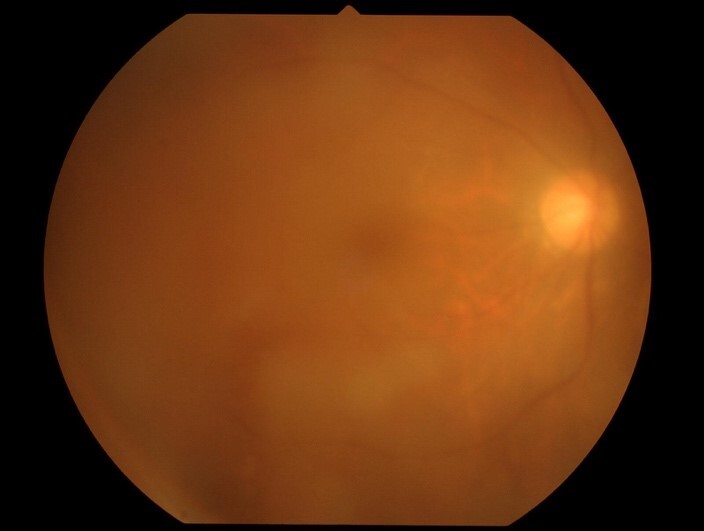 Figure2. Imaging of HTLV-1 uveitis.
Staining and leakage along the retinal vessel were observed by fluorescein angiography.

Because the pathologies were consistent with uveitis and an inflammation of the eyes, and given the patient’s age, the clinicians tested her for the presence of several autoimmune diseases, such as rheumatoid arthritis and sarcoidosis, because uveitis can be a result of those. The tests didn’t reveal anything, so the clinicians tested the patient for a number of infectious diseases, such as HTLV-1 and HIV, that can also cause uveitis. When the HTLV-1 test came back positive, the clinicians made their diagnosis of HTLV-1 uveitis.
“HTLV-1 can cause adult T-cell lymphoma, myelopathy and uveitis, among other disorders,” says senior author of the study Kyoko Ohno-Matsui. “Although we started the patient on the proper treatment, an unanswered question was how did the patient get infected with the virus in the first place.”

Interestingly, during follow-up the patient’s mother underwent cataract surgery at the same clinic site. Testing for HTLV-1 revealed no infection of the mother, ruling out vertical transmission to the patient. Of note, HTLV-1 can become symptomatic even decades after initial infection.

“In the current environment of increasing HTLV-1 incidence, the existence of horizontal transmission causing HTLV-1 uveitis should be acknowledged as it can result in more severe inflammation than vertical transmission. Thus, physicians should take the route of infection into consideration when providing medical care to patients with HTLV-1-associated diseases.” says first / corresponding author of the study Koju Kamoi.
###
The article, “Horizontal transmission of HTLV-1 causing uveitis” was published in The Lancet Infectious Diseases at DOI:10.1016/S1473-3099(21)00063-3

Clinicians from TMDU discovered a novel mode of transmission for human T-cell lymphotropic virus type-1 (HTLV-1). A patient with sudden blurred vision was diagnosed with HTLV-1 uveitis and underwent corticosteroid therapy over the course of several years with several recurrences. When the patient’s mother was found to be HTLV-1-negative, horizontal transmission seemed the most likely route of infection. This study highlights a novel mode of transmission for HTLV-1 uveitis.