Tokyo – In Huntington’s disease (HD), the huntingtin gene is mutated, causing progressive neuronal death. This leads to defects in movement, behavior, and cognitive ability. Apoptosis, autophagy, and necrosis are the three main types of cell death, but researchers have not yet been able to determine what type of cell death causes neurodegeneration in the brain of HD patients.

In a new study, Tokyo Medical and Dental University-led researchers examined the nature of cell death in HD using newly developed imaging techniques. The effects of mutant huntingtin in neuronal cells were visualized by live cell imaging. With this approach, the authors identified a novel type of cell death associated with mutant huntingtin, which they called ballooning cell death (BCD). These cells gradually expanded like a balloon, until they ruptured.

Pharmacological inhibitors and genetic interventions showed that BCD was not like apoptosis or autophagy. “We noticed multiple similarities between BCD and a unique form of necrosis called TRIAD, which is caused by inhibition of RNA polymerase II in neurons,” corresponding author Hitoshi Okazawa explains. “Based on our existing knowledge of how TRIAD is regulated, we were able to show that BCD is mediated by impaired TEAD/YAP transcription.” 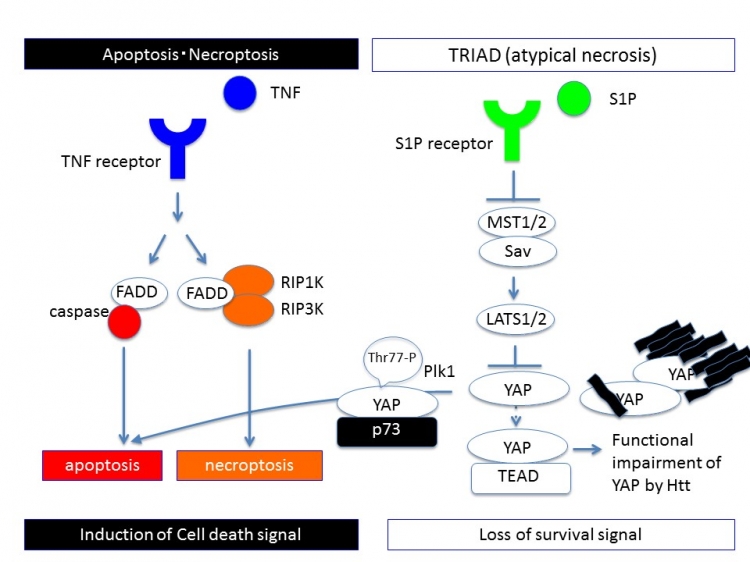 These revelations provided the opportunity to test potential therapeutic targets for HD. The researchers introduced S1P and up-regulated TEAD/YAP transcription in HD mice. This stabilized endoplasmic reticulum and completely stopped the decline of motor function, suggesting that targeting TEAD/YAP-dependent necrosis may lead to development of effective therapies for HD. 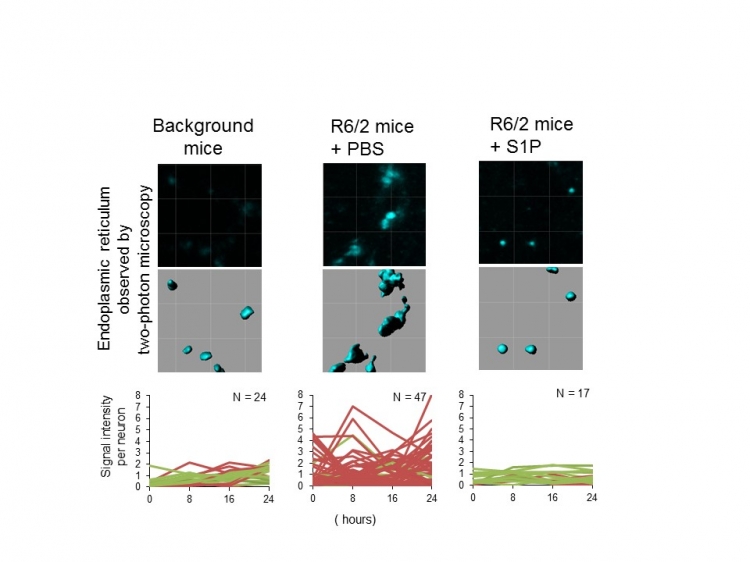 Fig2: Instability and enlargement of ER are the feature of TRIAD
Endoplasmic reticulum (ER) becomes unstable in Huntington’s disease model mice (R6/2 mice) but the instability of ER was recovered by administration of a Hippo pathway inhibiting chemical, S1P.