A new agent for the brain diseases: mRNA

A new agent for the brain diseases: mRNA 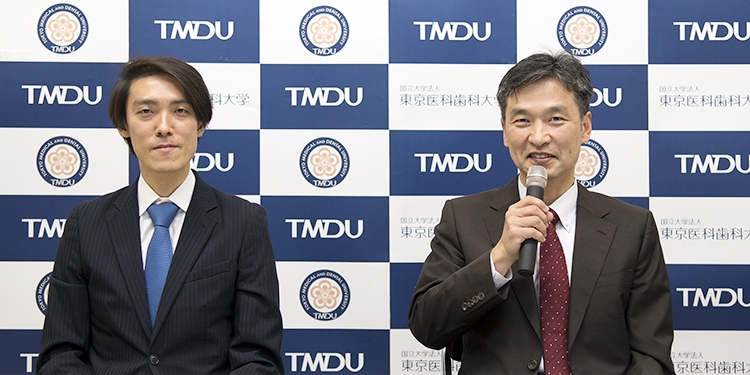 Tokyo – A lack of oxygen to brain tissue—known as ischemia—leads to the death of neurons, which results in stroke. Despite considerable research, there are currently no treatments that successfully prevent neuronal death. Now, Tokyo Medical and Dental University (TMDU) researchers have reported a way of delivering mRNA to produce a therapeutic protein  that protects neurons. Their findings, demonstrated in rats, are published in Biomaterials.

Brain-derived neurotrophic factor mRNA therapeutics for ischemic neuronal death using polyplex nanomicelle.
Brain-derived neurotrophic factor (BDNF) serves as a potential candidate neuroprotective agent, but there are almost no successful clinical trials due to high hurdle in brain access and short half-life. Fukushima et al. show intraventriclarly administered BDNF mRNA using polyplex nanomicelle exerted a prominent effect to prevent neuronal death with the unique mechanism of action. BDNF mRNA was extensively introduced into the astrocytes to generate a higher level BDNF protein in ischemic lesion.
Brain-derived neurotrophic factor (BDNF) is a protein that enhances the survival and function of neurons. However, the BDNF molecule is too large to cross the brain’s protective barrier and is rapidly removed from the central nervous system, making it difficult for BDNF to make its mark as a treatment.

The researchers therefore devised a way of producing BDNF where it is needed most. They designed a delivery system containing BDNF messenger RNA (mRNA), which is the information molecule needed to make BDNF. When the mRNA gets inside a cell, it can be used as a blueprint to make the protein.

Their system—known as an mRNA nanomicelle—is a tiny ball-like parcel of mRNA surrounded by polymer strands. The polymer protects the mRNA from molecules that might break it down and helps to disguise it from the immune system.

“As well as protecting the mRNA by providing containment, the polymer allows the release of the cargo to be controlled,” study first author Yuta Fukushima explains. “By selecting polymers with particular properties, we can ensure the mRNA is released when and where it is needed.”

The effectiveness of the mRNA therapy was tested on rats that had experienced brain ischemia. The nanomicelles were found to increase the survival of hippocampal neurons. In particular, the nanomicelles showed better effects when administered 2 days after the ischemia than when given immediately. This indicates that the nanomicelles extend the opportunity for providing effective treatment.

In addition, long-term therapeutic benefits were observed 20 days after ischemia when the mRNA nanomicelle was administered on both days 2 and 5. Treated rats showed better spatial memory than untreated rats in a maze experiment.

“We are very encouraged by the performance of our system,” says study corresponding author Keiji Itaka. “Our experiments not only demonstrated that the mRNA nanomicelle could prevent neuron death, but also that the potential treatment window could be extended. We expect these findings to have a significant impact on the development of practical clinical treatments.”

Tokyo Medical and Dental University (TMDU) researchers prepared a nanomicelle delivery system to transport BDNF mRNA to the site of ischemic injury. The nanomicelle successfully produced BDNF and prevented the death of neurons when dosed 2 days after ischemia in rats. Long-term experiments showed significant improvements in memory compared with untreated rats. The findings are expected to extend the potential treatment window for preventing neuronal death after ischemic attack, and significantly improve outcomes for patients.