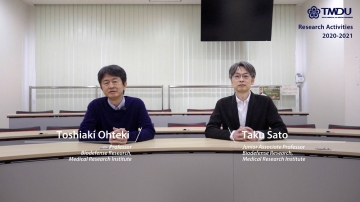 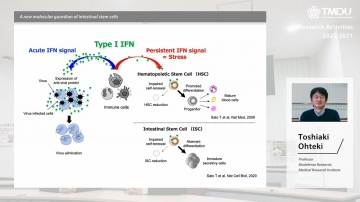 The inner lining of intestines, the intestinal epithelium, ensures adequate digestion and adsorption of nutrients. It is made up of several different cell types, all of which fulfill a specific function. Intestinal stem cells ensure proper functioning of the intestines, which requires constantly replacing old and damaged cells with young cells, by developing, or differentiating, into one of the different intestinal epithelial cell types when needed. Because there is a constant demand for new cells, intestinal stem cells have the ability to self-renew, thereby providing a constant supply of stem cells as well. However, little is known about the mechanisms that regulate this balance between self-renewal and differentiation. 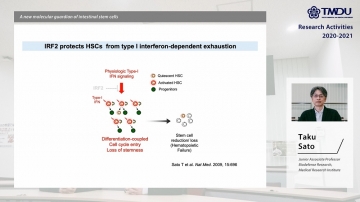 “Just like any other type of stem cell, intestinal stem cells have the ability to differentiate into any cell within their lineage,” says corresponding author of the study Professor Toshiaki Ohteki. “But they have to do it in a regulated manner, only differentiating when needed. The goal of our study was to understand the regulatory mechanism that preserves the stemness of intestinal stem cells.”

To achieve their goal, Taku Sato, a main contributor of this project, and collaborators focused on a molecular signaling pathway that they had previously shown to preserve the stemness of hematopoietic stem cells (HSCs) that give rise to blood cells. Interferons are molecules that are produced especially during viral and bacterial infections, but more recently it was also shown that they are present even in the absence of infections to regulate various biological processes. In either case, interferons induce the expression of certain genes, a process that is regulated by the protein interferon regulatory factor-2 (IRF2) to ensure that the actions of interferons are balanced. In the case of HSCs, IRF2 turned out to be a critical factor for their stemness.
In the current study, the researchers found that IRF2 is produced throughout the intestinal epithelium and that IRF2-deficient mice had normal anatomical structure during homeostasis (the absence of an infection or any other damaging factor). However, in the presence of 5-fluorouracil, which is known to damage the intestinal epithelium, normal mice were able to regenerate completely, but IRF2-deficient mice showed a blunted regenerative response (Figure 1), indicating that intestinal stem cells were not able to function properly in the absence of IRF2. Interestingly, immature Paneth cells, which are specialized secretory cells, were highly abundant in IRF2-deficient mice. The researchers had the same finding in normal mice exposed to lymphocytic choriomeningitis virus (LCMV), which causes chronic infection. 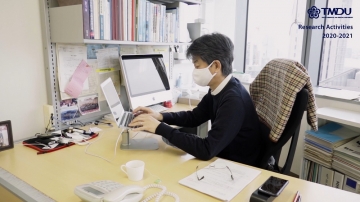