Prevention of knee osteoarthritis: From reducing injury to restoring function

Prevention of knee osteoarthritis: From reducing injury to restoring function 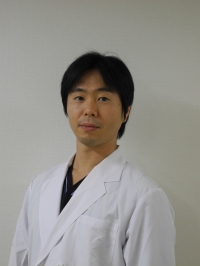 A major challenge in the field of orthopedics is to prevent osteoarthritis (OA) of the knee. OA can be induced by several factors, and secondary OA after traumatic events such as ligament or meniscus injuries should be prevented by various interventions.

After having defended my PhD at TMDU in 2008, I worked at the Oslo Sports Trauma Research Center in Norway from 2008 until 2010. My research concerned prevention of the knee’s anterior cruciate ligament (ACL) injury. The ACL injury is the most frequent sports-related injury that requires surgery, and OA after ACL injuries has been a big issue. Therefore, a detailed description of the injury mechanism has been needed to develop ACL injury prevention measures. This groundbreaking research clarified, for the first time, ever detailed ACL injury mechanisms using a sophisticated 3D-video analysis called the “model-based image-matching technique” (Am. J. Sports Med., doi: 10.1177/0363546510373570). I am still working on ACL injury prevention, especially focusing on ski injuries as a member of the medical committee of the International Ski Federation.

Since returning to TMDU in 2010, I have been performing many knee ligament and meniscus surgeries as a surgeon. Concurrently, I have been conducting clinical and biomechanical research regarding such surgeries. Knee instability caused by ACL injury can be categorized into two types, anterior instability and rotatory instability. Traditional ACL reconstruction was considered successful in restoring anterior stability, although some patients showed residual rotatory instability, which correlated with worsening outcomes and development of secondary OA. I tried to figure out intraoperative factors that affect rotatory instability from a biomechanical perspective, and clarified optimal settings for ACL reconstruction (Am. J.Sports Med., doi:10.1177/0363546511426696; Am. J. Sports Med., doi:10.1177/0363546514567069).

The other area I am pursuing energetically is meniscus preservation. The meniscus plays an important role in protecting articular cartilage through absorbing joint-loading. Extrusion of the meniscus suggests a failure of the load-absorbing function, and is correlated with progression of OA. Until now, however, there has been no effective surgical procedure for meniscus extrusion. I have developed a new surgical procedure called arthroscopic centralization to reduce and prevent meniscus extrusion. I have just reported excellent 2-year clinical results (Arthroscopy, doi:10.1016/j.arthro.2016.01.052). Currently, I am applying this technique o OA of the knee to restore knee function, and hopefully, prevent progression of OA and reduce the number of patients with severe OA who require knee arthroplasty.