Delegates from TMDU made a courtesy call to President Banchong, the new President of Mahidol University,
and strengthen relationship and cooperation between both instituions.
Siriraj Hospital and TMDU mutually confirmed on the outline of Joint Degree Program (JDP) and
agreed to launch JDP in 2020.

Also, they had a ceremony for opening a new office "TMDU- MU Partnership Siriraj Office,"
which was established at Siriraj Hospital, Mahidol University.

In December, Professor Prasit, Dean of Faculty of Medicine Siriraj Hospital, and delegates visited TMDU.
Our mutural understanding was even more promoted by discussing and exchanging ideas further on matters of JDP. 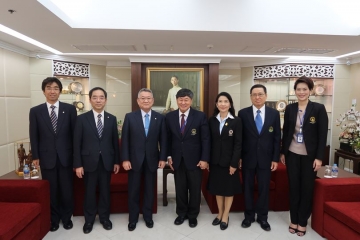 With President Banchong (at Salaya Campus) 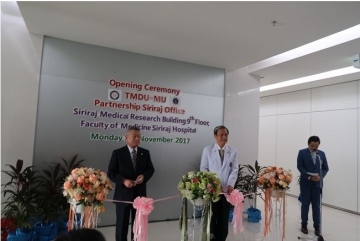 The opening ceremony for the new office
(at Siriraj Hospital) 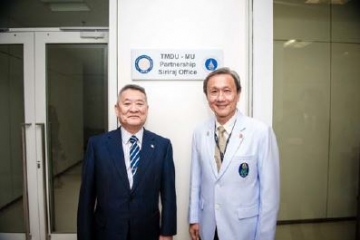 Professor Prasit and President Yoshizawa
(in front of the new office)